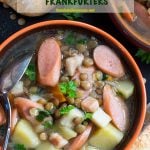 Starting to feel the chill in the air?  No need to worry, German Lentil Soup with Frankfurters will surely warm you up.  A deliciously comforting soup that’s so easy and quick to prepare.  Enjoy a bowl of warmth now! 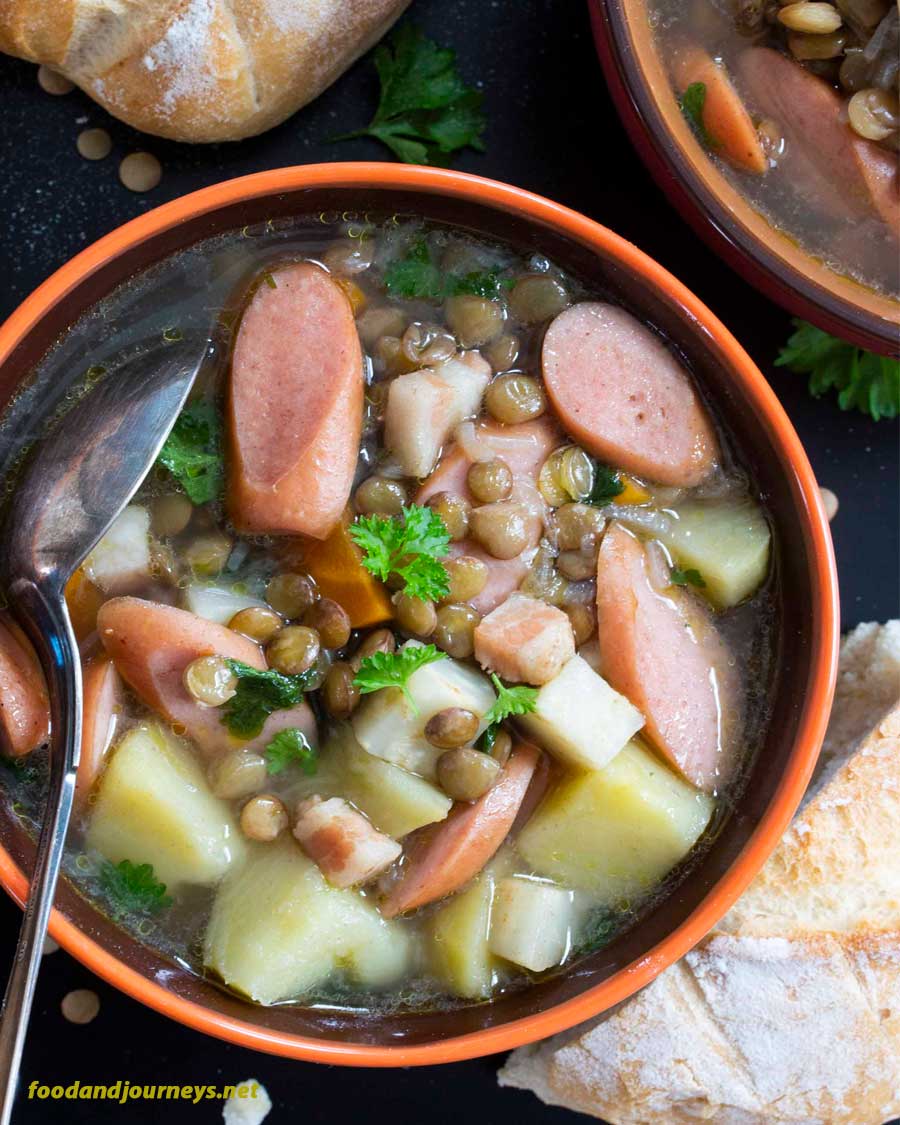 This soup is so easy to make, it’s almost like throwing everything in the pot.

The only reason why that is not the case is because the other ingredients are already pre-cooked, so they have to be added in the end.

You can serve this easy lentil soup as an appetizer or as a main dish.

I tend to have it as a main dish because the small serving (for an appetizer) is not enough for me – so might as well have a full bowl, eh? 🙂

HOW TO MAKE GERMAN LENTIL SOUP WITH FRANKFURTERS

CAN I REPLACE FRANKFURTERS WITH OTHER TYPES OF SAUSAGE FOR THIS SAUSAGE SOUP?

Ok, this is a bit tricky. The short answer is ‘yes’.

However, since Frankfurters are really pork sausage, I suggest you replace it with the same kind.

I have done that a couple of times.

Unfortunately, I cannot remember (nor pronounce 😀 ) the names of those sausages that I used.   They’re both pork sausage (100%!), that is the only thing I made sure of (by using broken German plus a LOT of hand gestures in the counter) 😀

WHAT TYPE OF BROTH SHOULD I USE FOR THIS LENTIL SOUP WITH SAUSAGE?

I normally use chicken broth, because that is what I always have.

But, you can use beef, pork or vegetable broth – or if you have some stock, even better.

CAN I USE PRE-COOKED LENTILS FOR THIS EASY LENTIL SOUP?

Definitely.  But you should not add them with the vegetables.

Add them on the last step instead, together with the frankfurters.  This will ensure that they do not get mushy in the process. 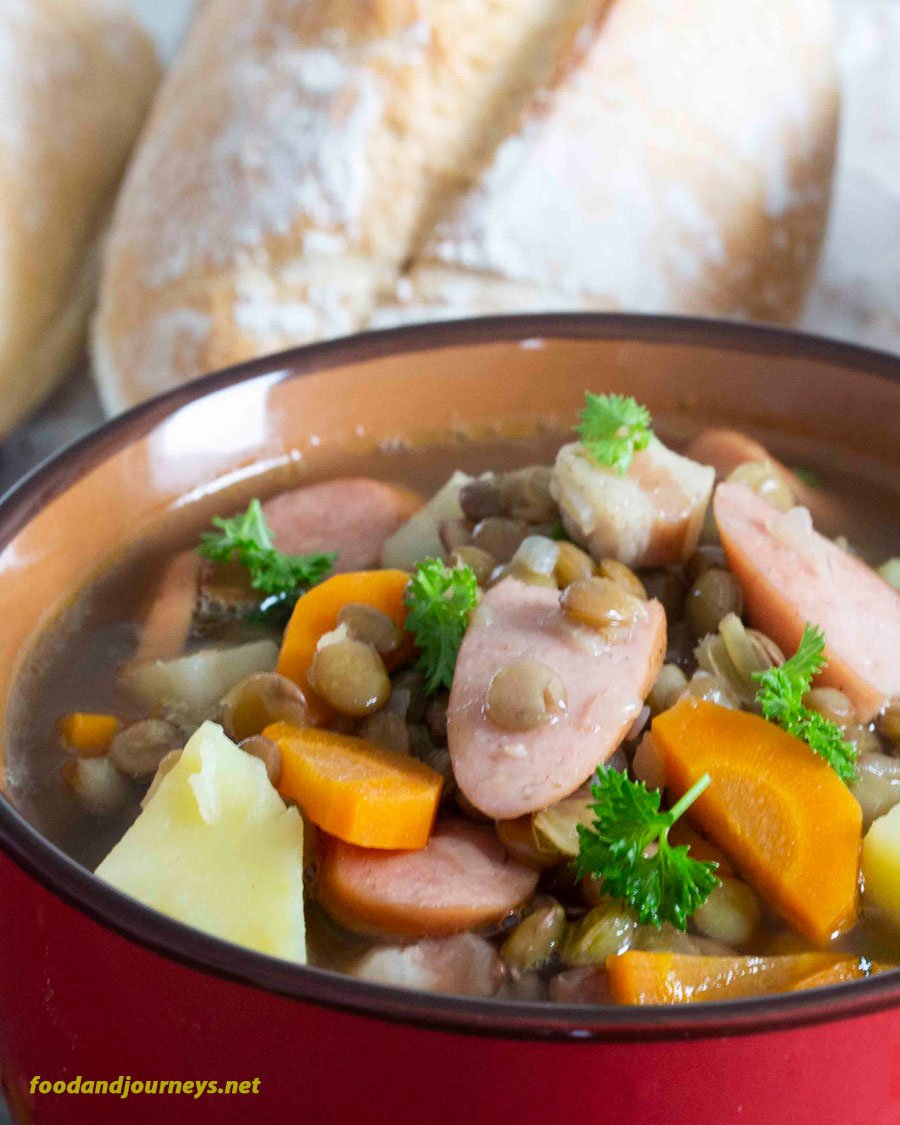 I CANNOT FIND ANY CELERIAC; CAN I USE CELERY STALKS INSTEAD FOR THIS LENTIL SOUP WITH SAUSAGE RECIPE?

I completely understand that celeriac (or celery root) is not always available.

Even here in Frankfurt (and in Stockholm), they only start cropping up in the supermarket when autumn approaches.

I have tried using celery stalks as a substitute, and although celery root has got a bit of nutty flavor when you bite on chunks of it, the flavor of the soup as a whole is still good. 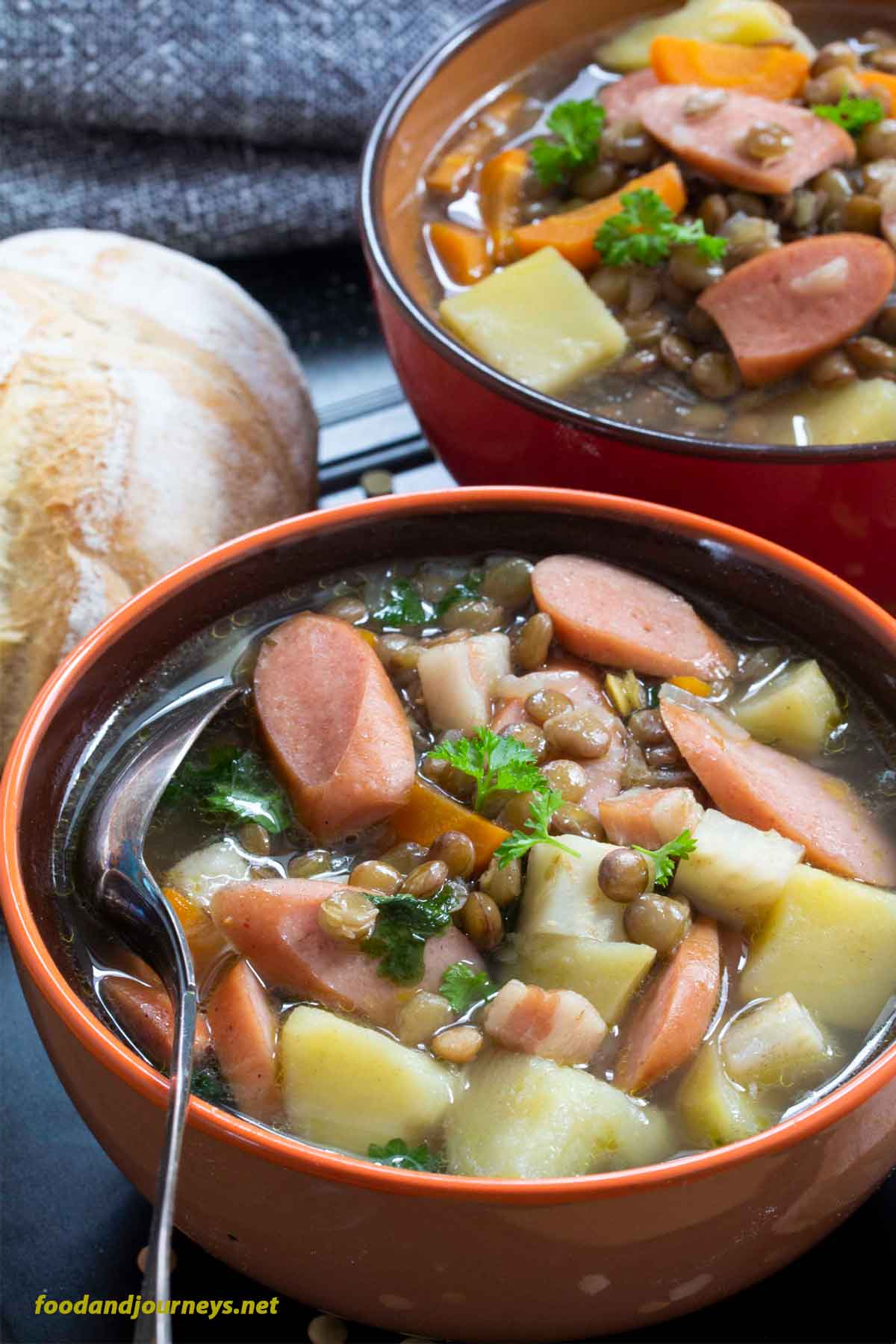 WHAT TO SERVE WITH GERMAN LENTIL SOUP WITH FRANKFURTERS?

It can be a chunk of crusty bread, a regular roll or a baguette – pair those with a bowl of this deliciously filling soup and the only thing you would ask for is coffee afterwards, or tea perhaps… 🙂

FOR BREAD RECIPE IDEAS, CHECK OUT THESE POSTS –

OR IF YOU’RE LOOKING FOR OTHER EASY SOUP RECIPES, CHECK OUT MY SOUPS COLLECTION ! 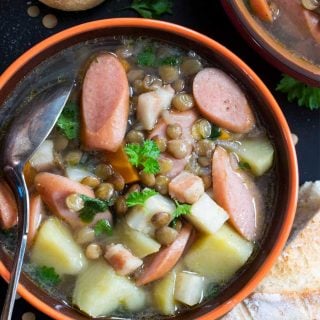 Thanks for dropping by!

I’m Neriz and this is my blog. I am originally from Manila, Philippines, but I have been living in Stockholm for years. I love cooking, traveling, and reading, not necessarily in that order, but it all depends on the time of the day, and the day of the week ;-) Learn more >> 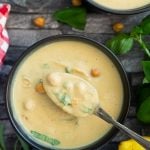 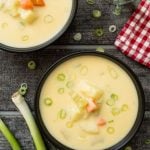 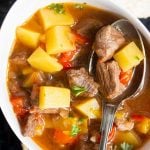 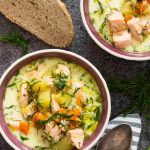 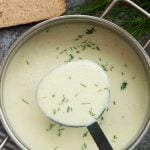 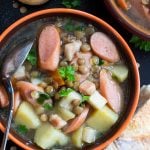 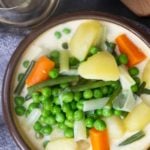 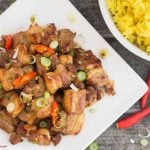 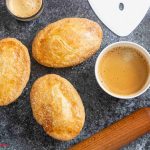