A hint of cardamom, almond paste filling and whipped cream on top; these delectable treats should be made available all-year round! Swedish Lent Buns (Semlor) are great with coffee or tea — for snack, breakfast or dessert! Trust me, one piece (‘semla‘) will not be enough. 😀 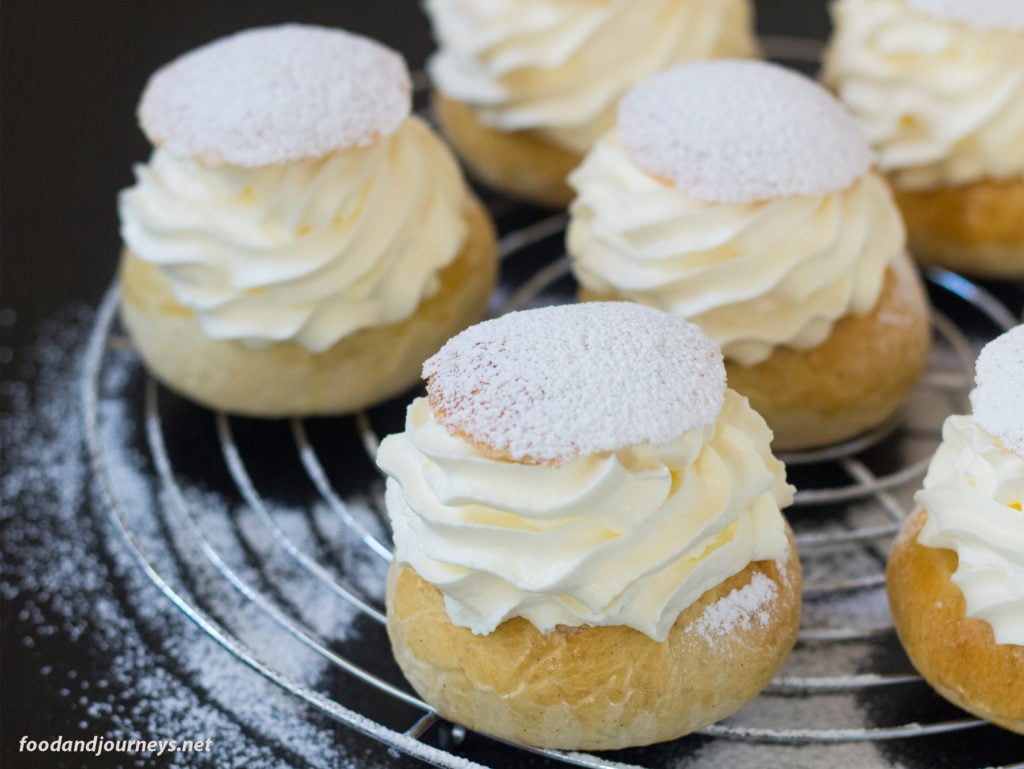 How are you going to eat that?! Is that the first thing that came to your mind when you saw ‘Semlor’?  Well, so did I back in 2008, when I first saw it. The traditional way is to eat it with a pool of warm milk; you put the bun in a bowl and pour milk directly on the bowl.

You see, it’s some sort of ritual — including the mess. 😉

‘Semlor’ is the plural term for ‘Semla’; and these Swedish Lent buns has a hint of cardamom in the bun, an almond paste filling, whipped cream and powdered sugar on top. When I first had it, I said there is noooo way I can finish one.

Nowadays, a semla is not enough, I can finish two semlor in one sitting – and then I just have to STOP myself. 😀 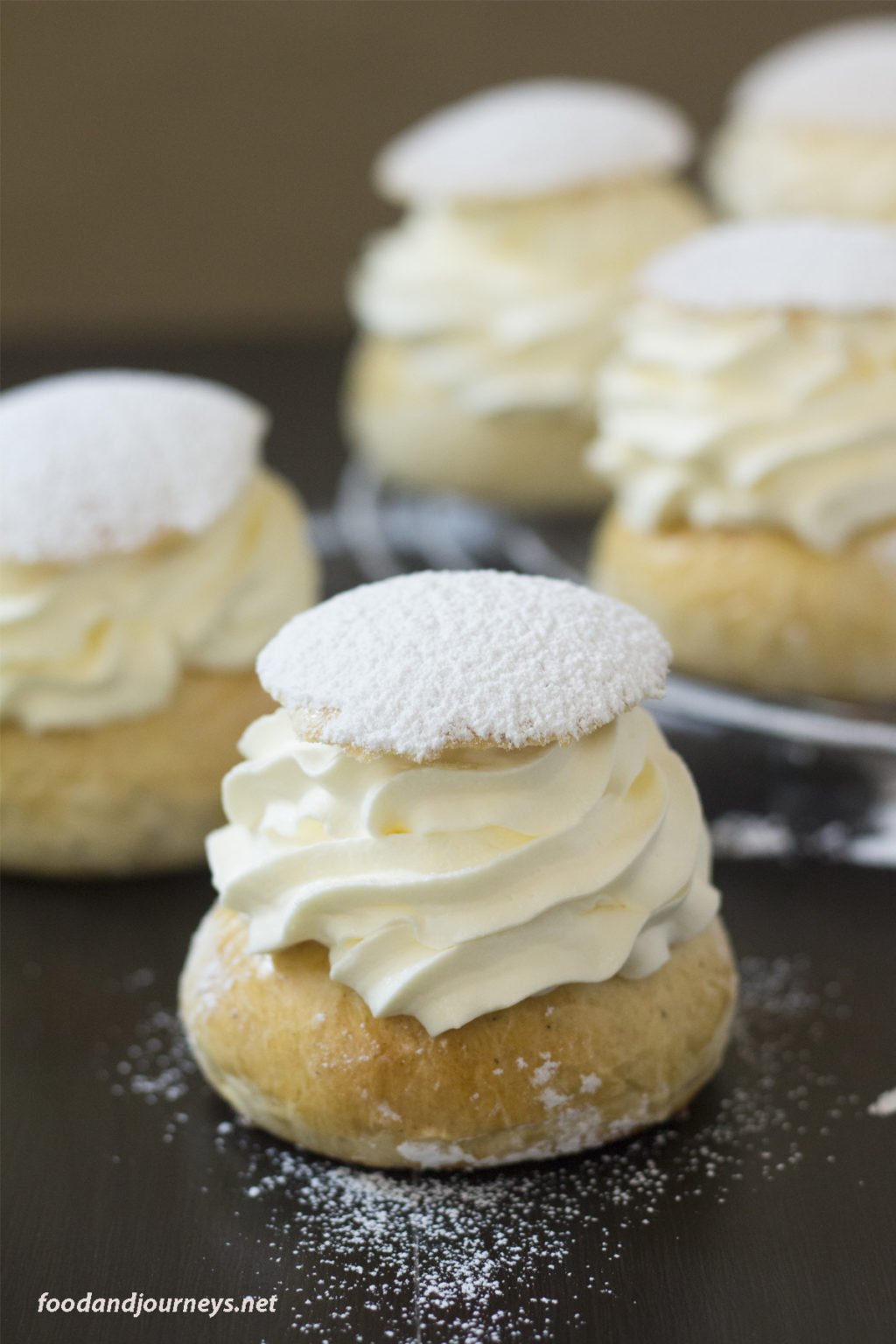 Semlor were originally only made on Fat Tuesday, but that is no longer the case.  You now see them in bakeries or coffee shops in Stockholm, a week after Christmas.

It’s almost like, the day you stop seeing  Saffron Buns (or Lussekatter), you see semlor instead.

I normally start making, and eating Swedish Semla around March, up until the end of Easter.

But to be honest, I have no problem making it the entire year, it’s just that, once again, I have to RESTRAIN myself. 😀

WANT MORE SNACK IDEAS?  THEN CHECK OUT MY SNACKS COLLECTION!