Not a cauliflower fan? This easy soup recipe might change your mind.  French Cauliflower Soup is deliciously creamy; without sacrificing the taste of cauliflower – in every spoonful! 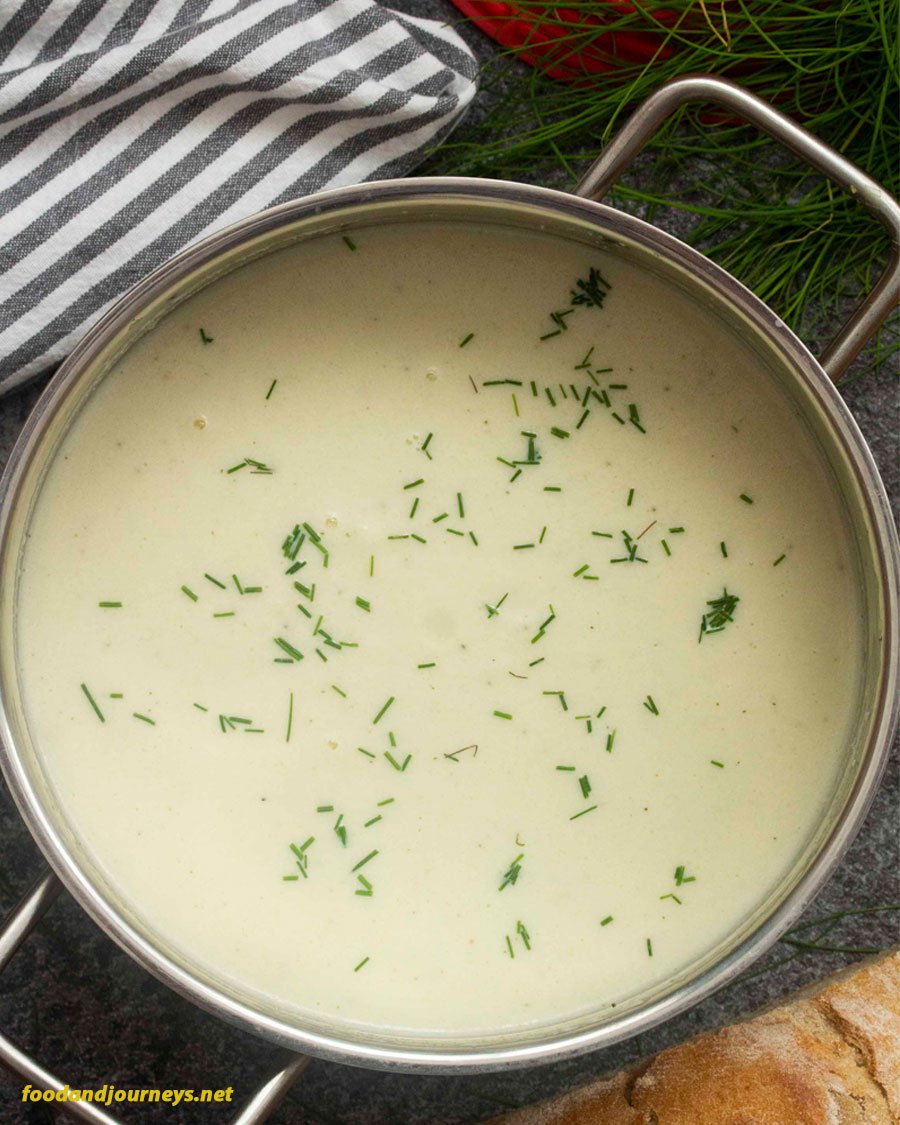 Yep, I am not part of the ‘cauliflower bandwagon’ – from bread, to rice, to pizza crust, almost everything has cauliflower nowadays.  I still don’t understand why that’s happening, but our recent trip to Paris made me see cauliflower in a different light.

Don’t get me wrong, I have nothing against its flavor, it’s just the smell that ruins it for me.

French cauliflower soup though, was a revelation.  All the intense cauliflower flavor and creaminess, without the smell.  Simply delicious.

HOW TO MAKE FRENCH CAULIFLOWER SOUP 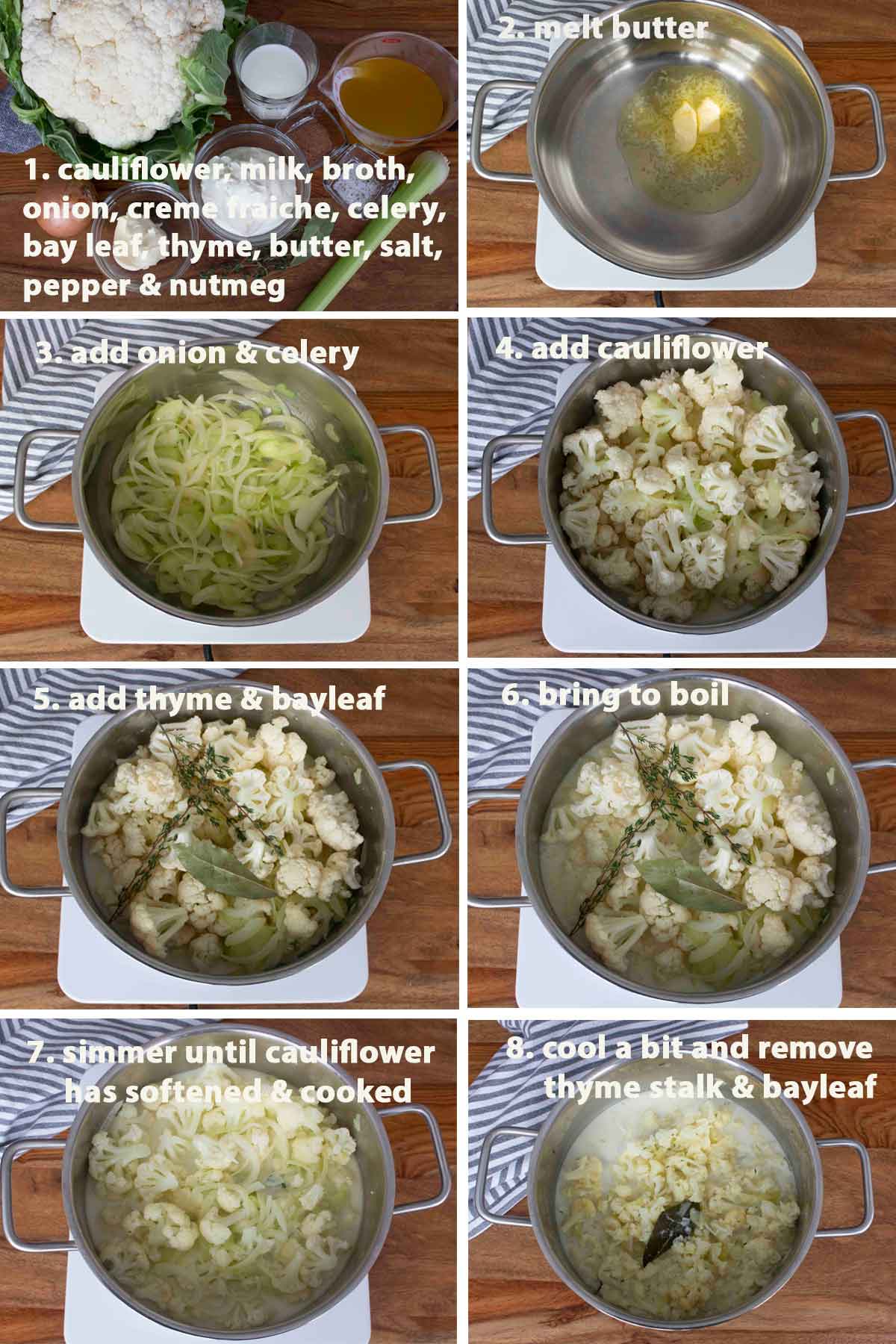 CAN I USE DOUBLE CREAM FOR THIS CREAM OF CAULIFLOWER SOUP RECIPE?

Absolutely.  I have tried some that used double cream as well.

Personally, I prefer using crème fraiche because I felt that double cream tones down the flavor of the cauliflower, all I end up tasting is cream.  If that is what you want, then go for it.

It’s the same thing when I tried half & half, all I end up tasting was milk – I didn’t like it. 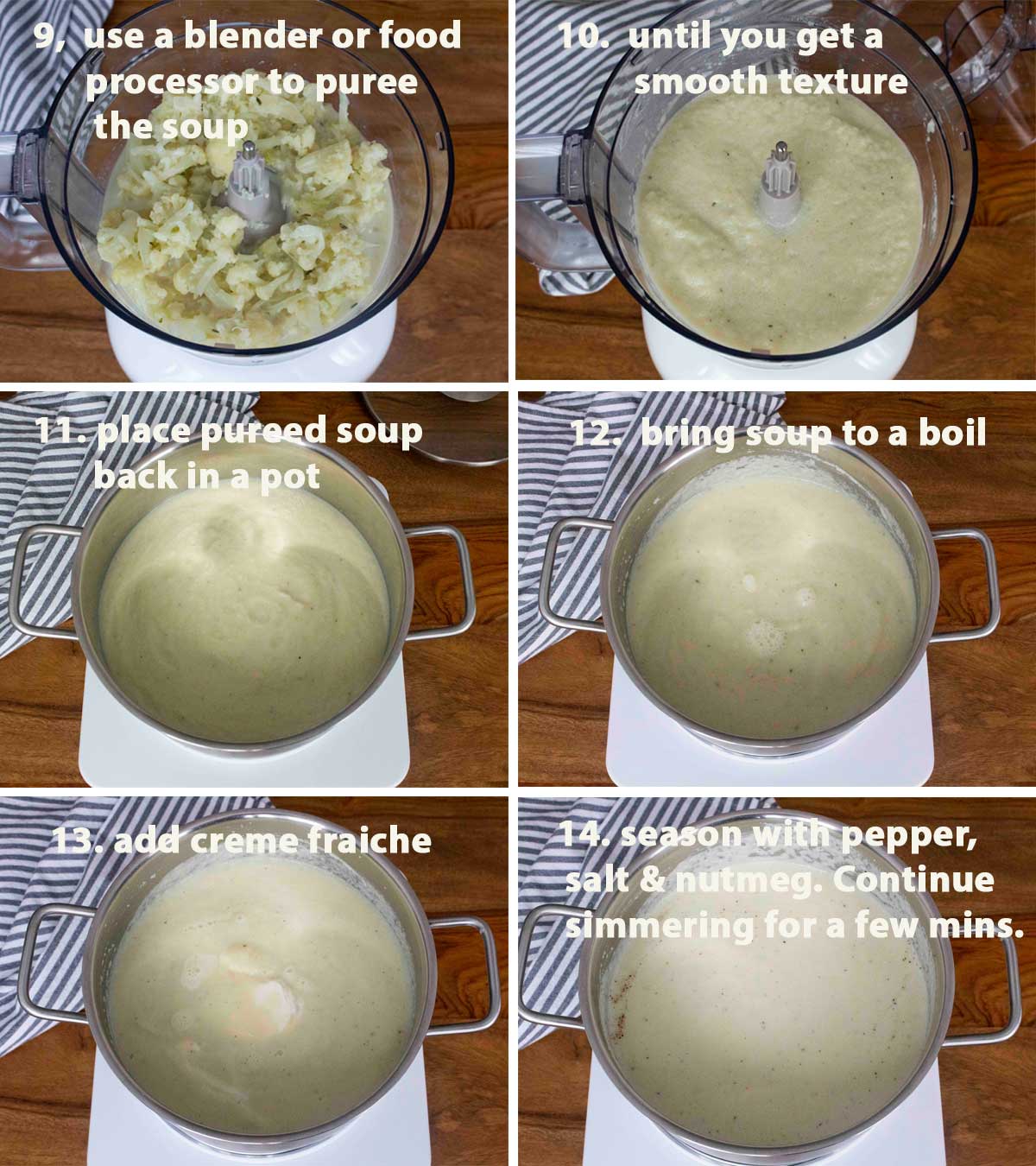 CAN I REPLACE VEGETABLE BROTH WITH CHICKEN BROTH FOR THIS EASY CAULIFLOWER RECIPE?

Chicken broth should work fine, but I prefer to use vegetable broth. I just feel it complements the flavor of the cauliflower more. 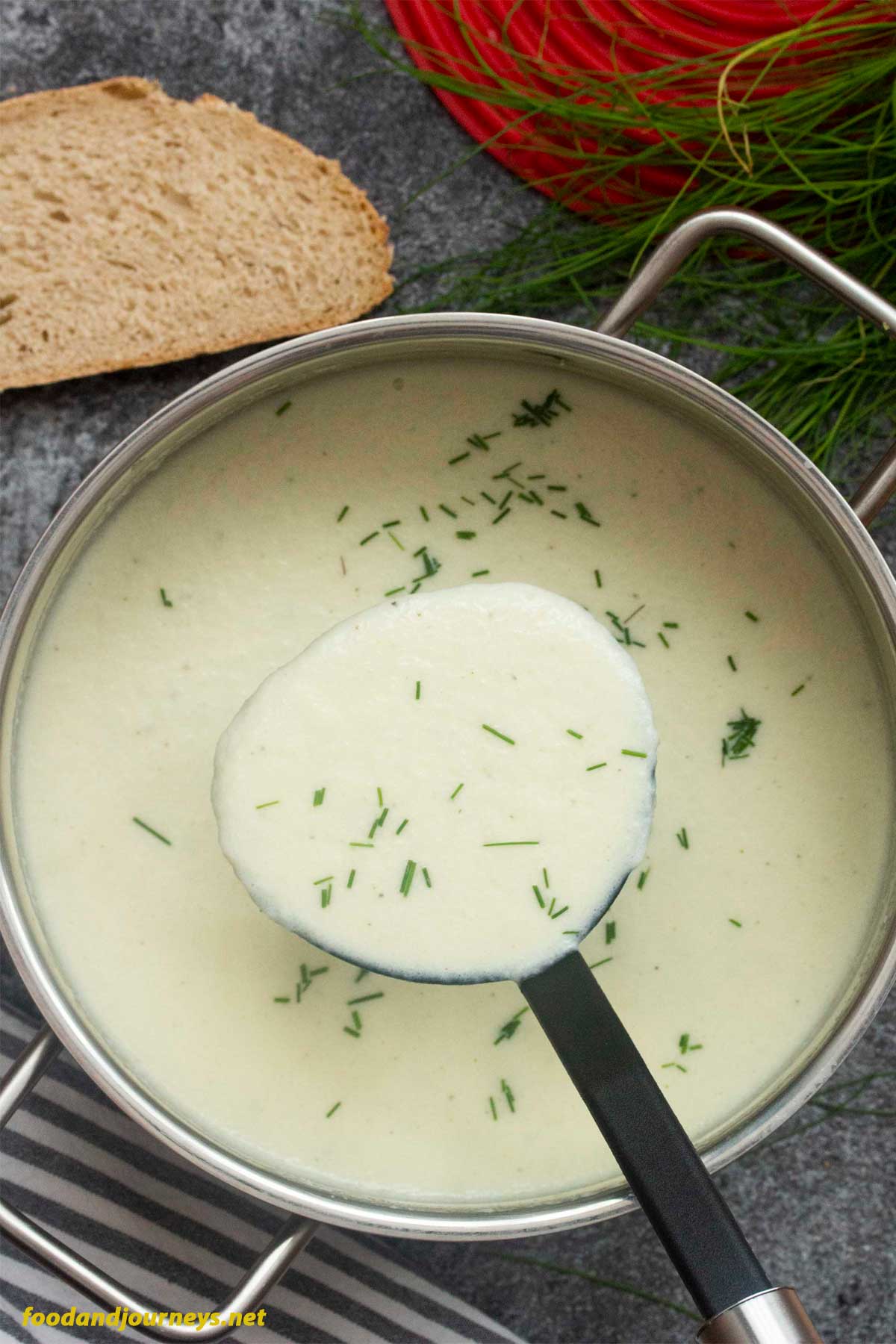 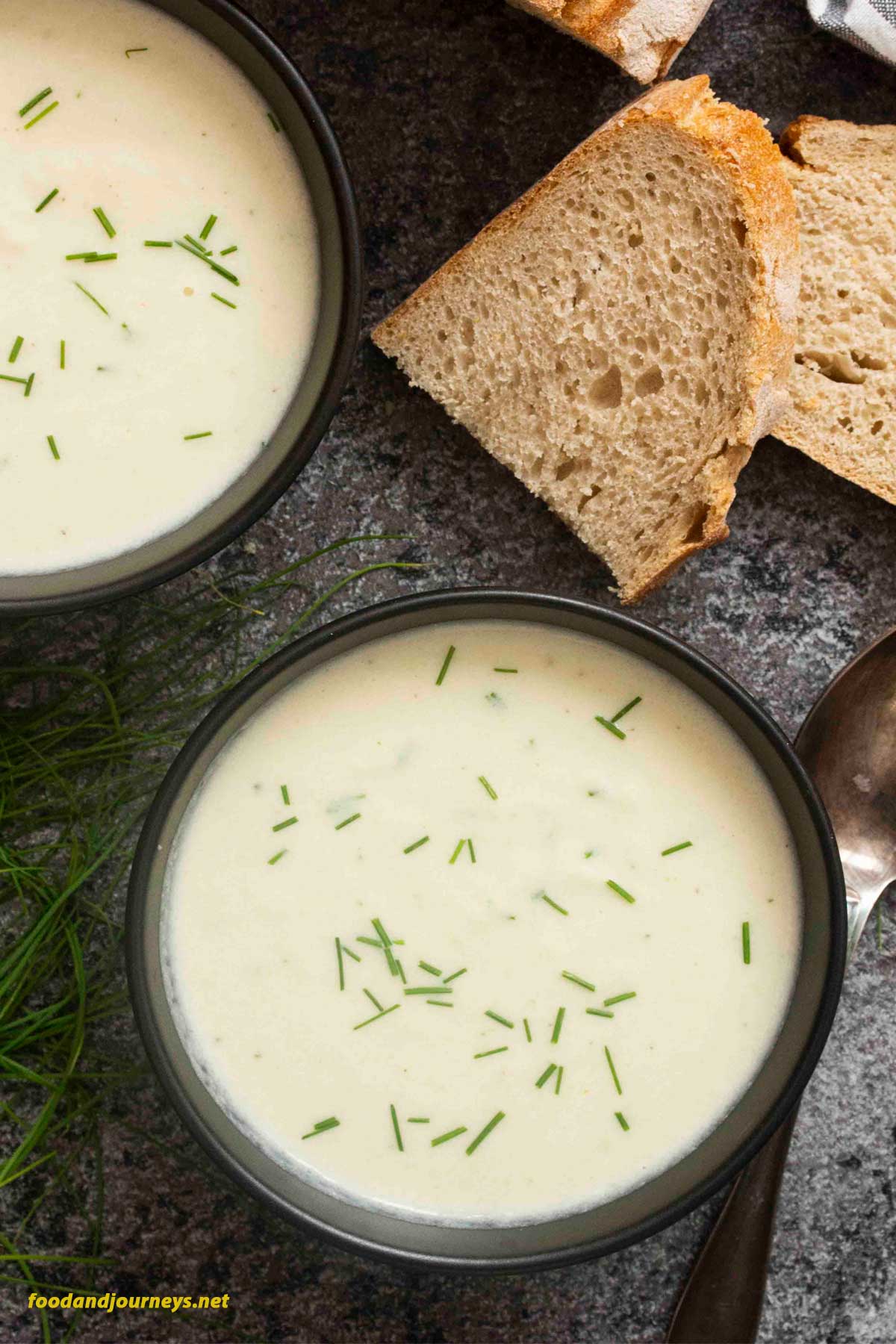 WHAT TO SERVE WITH FRENCH CAULIFLOWER SOUP?

Bread.  It doesn’t matter what kind — crusty country bread, a baguette or even a normal toast.

You can have them in between spoonful of this creamy soup, or just dunk it in the bowl. Whatever works for you! 🙂

FOR OTHER SOUP IDEAS, CHECK OUT MY SOUPS COLLECTION! 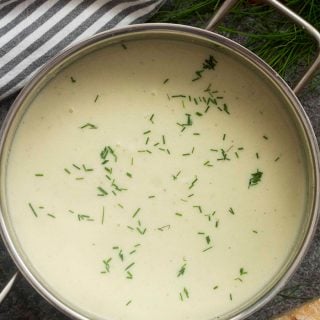