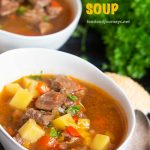 Lighter than a stew, but just as tasty! German Goulash Soup, a beef soup recipe that’s deliciously flavorsome and so easy to prepare. Make sure you keep this in mind when it gets chilly! 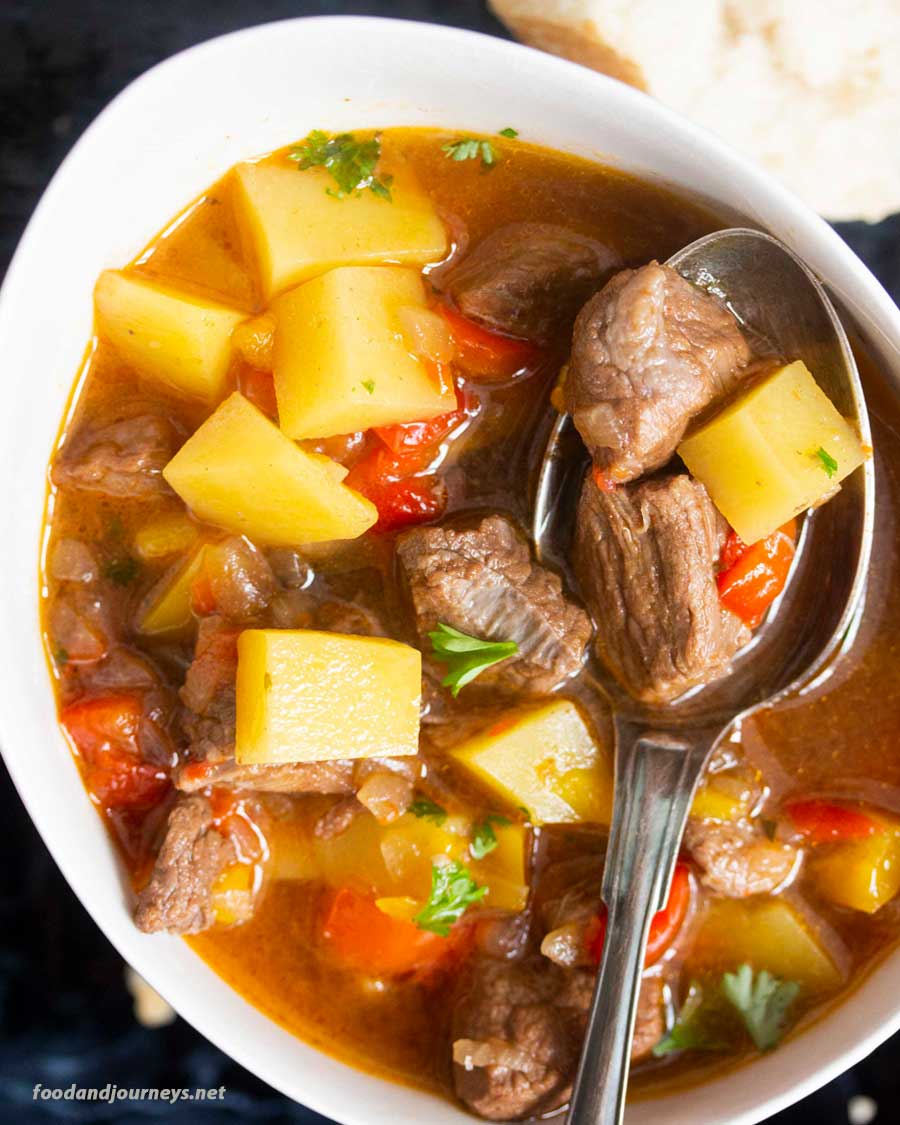 First savory German dish that I learned to make when we were living in Frankfurt.

I reckon since the start of their winter feels like start of autumn here in Stockholm, I wanted something lighter than a stew – and this was the perfect dish.

German goulash soup has onions and peppers as its base flavor. You then add the beef and let all the flavors mingle until the meat gets tender. Simply delicious.

HOW TO MAKE GERMAN GOULASH SOUP

Size of the beef (as well as the vegetables) and the amount of liquid in it.

Since goulash is a stew, you slice the beef into bigger, chunkier portions; while with goulash soup, it’s half the size of that.

In every spoonful of the soup, you get some meat, some vegetables and some broth – which is not always the case for the stew.

As for the amount of liquid in it, the stew is thicker and has got less broth after simmering for at least two hours, compared to the soup. 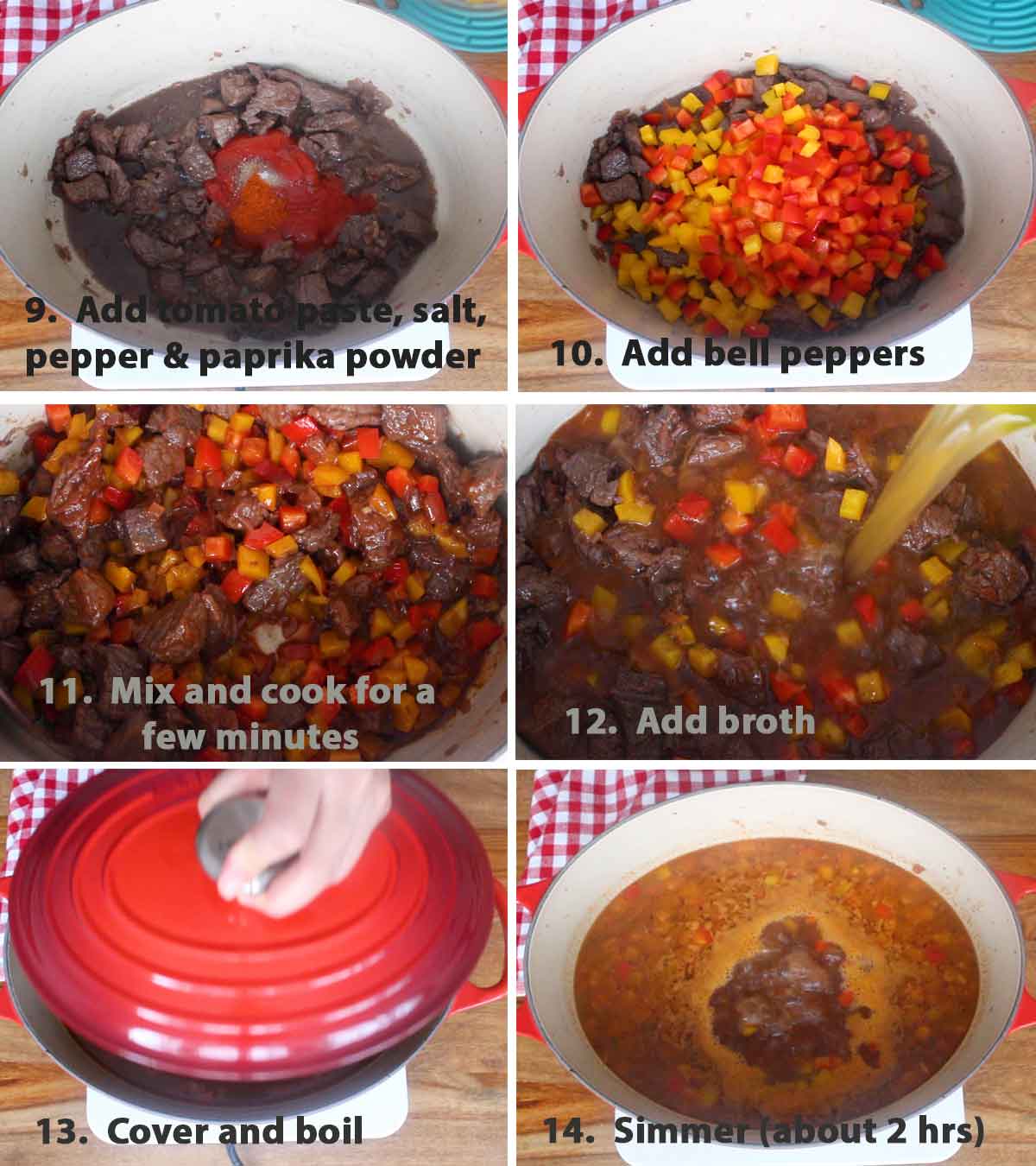 CAN I USE VEGETABLE BROTH FOR THIS HEARTY SOUP RECIPE?

Yes. But to get a deeper, more robust flavor for the soup, I strongly suggest sticking to beef broth.

CAN I ADD MORE VEGETABLES ON THIS GOULASH SOUP?

You can, but it’s not mandatory. The only vegetable that really needs to be there are the yellow and red bell peppers.

However, as you can see in my video (and pictures), I added some potatoes as well. I remember being served goulash soup with some carrots too. So, no worries. 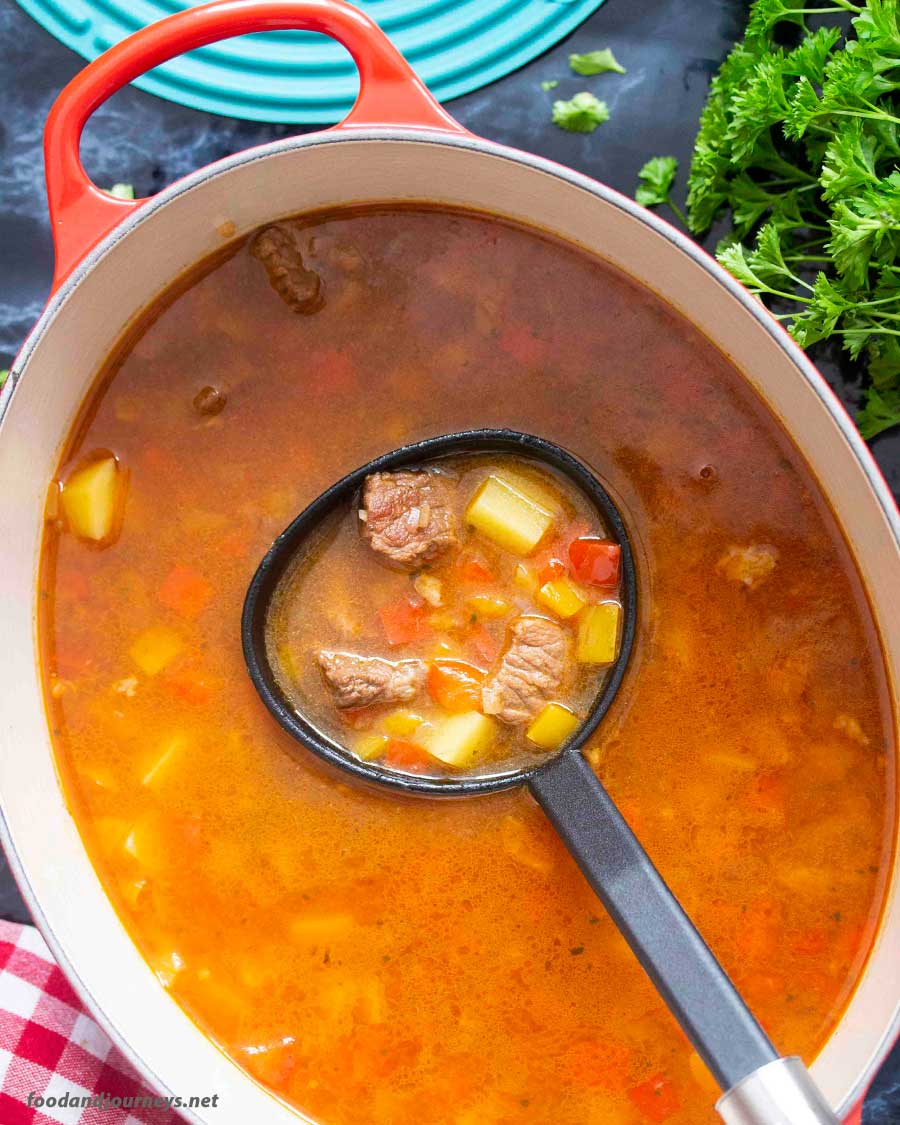 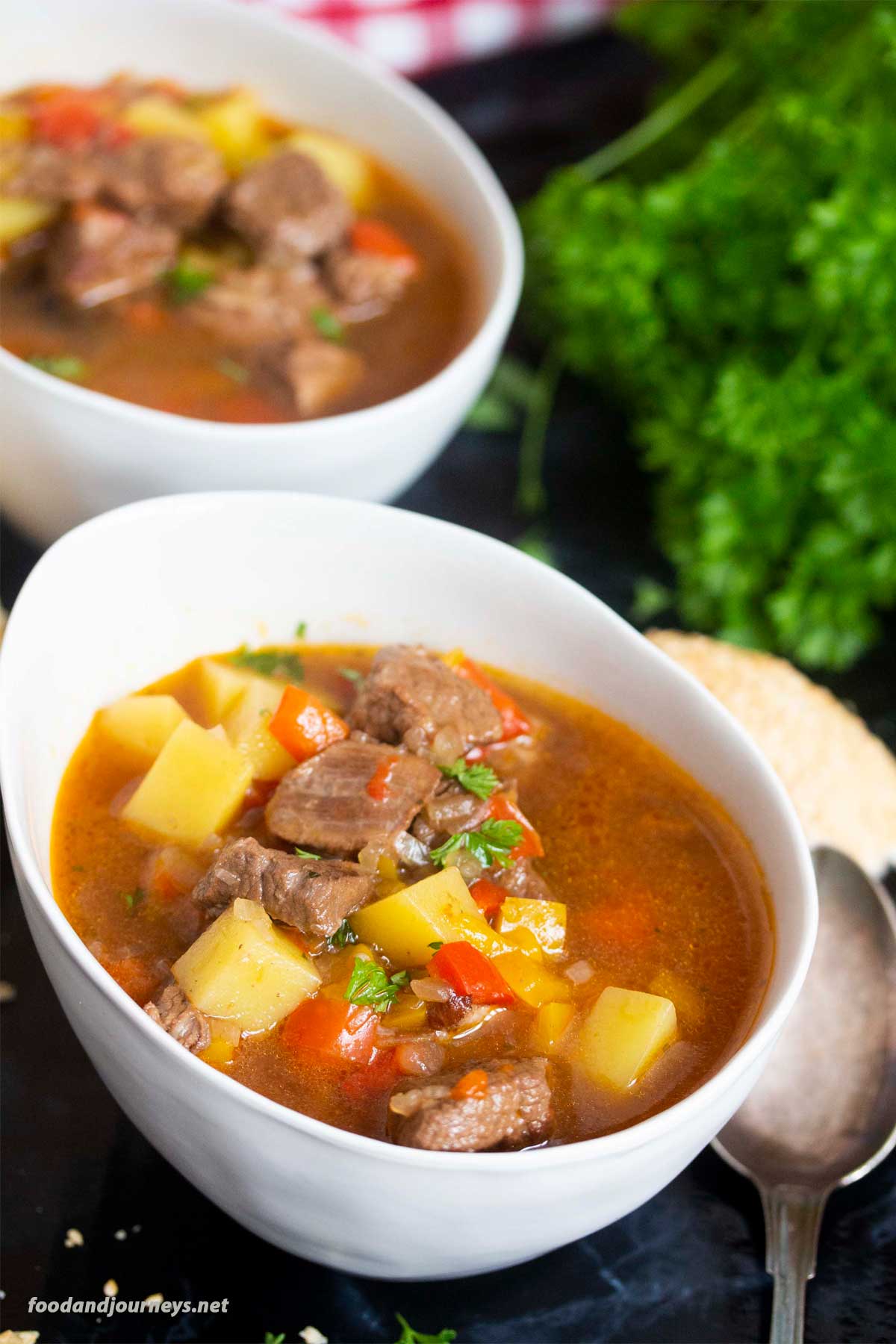 WHAT TO SERVE WITH THIS HEARTY SOUP?

Bread rolls are always good with this soup, and a glass of wine.

Tell you what though, I’ve seen some people sprinkle more paprika powder on their bowl of German goulash soup. Maybe you should give that a try too…? 😉

FOR MORE GERMAN RECIPES, CHECK OUT  10+ German Food Recipes You Must Try

OR FOR OTHER SOUP IDEAS, CHECK OUT MY SOUPS COLLECTION!

A smorgasbord of authentic and delicious international recipes awaits you, so feel free to look around and pick your favorites. No need to leave your kitchen to experience the real deal! 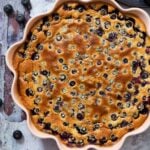 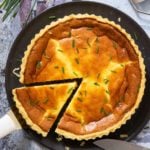 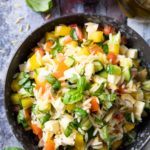