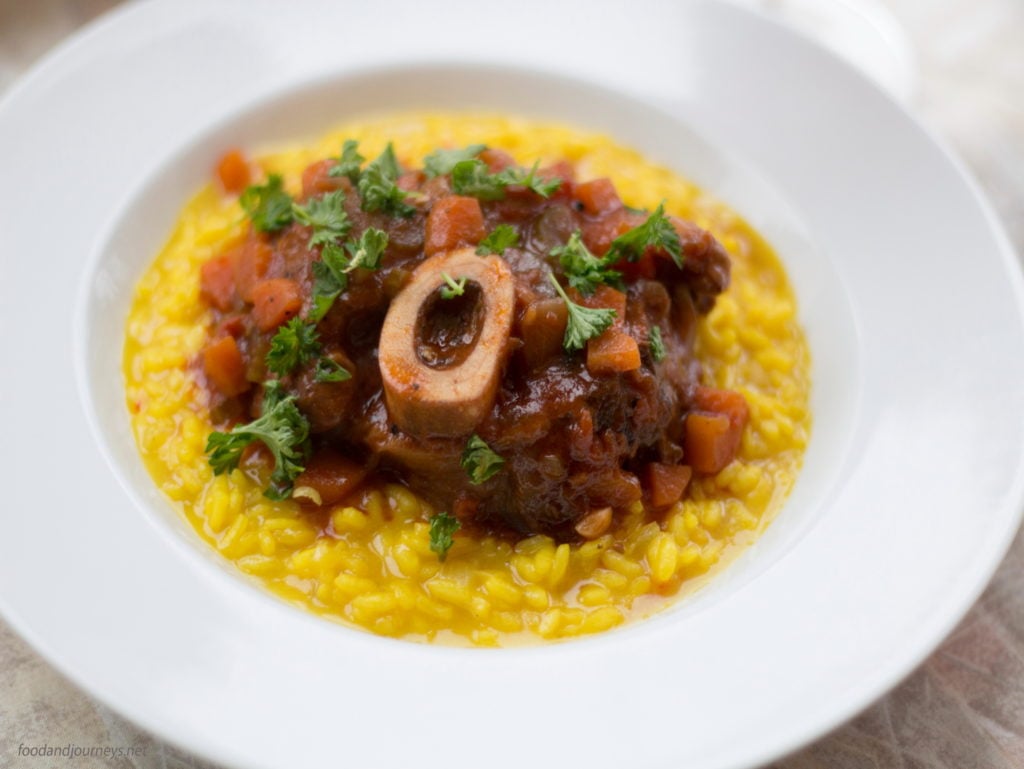 Ossobuco comes from Milan, and is typically served with Risotto alla Milanese.  It literally means ‘hole in a bone’ referring to the veal shanks used in it. I heard some call it a ‘winter dish’ because it’s a bit heavy.  Personally, though, I make it the whole year around, normally for Sunday late lunch.  This is because it takes at least two hours for the meat to cook.

You can, of course, use a pressure cooker, and it will be quicker.  I just feel that slow cooking it is part of the whole process of enjoying ossobuco.

I remember the first time I had it in Milan.  It was slightly overwhelming because there was this huge chunk of meat (with the bone) sitting on top of the risotto.  The sauce for the ossobuco slowly mixing with the risotto, and I was not sure how to eat it ;-).  Curiosity won over hesitation, and the rest was history. 🙂 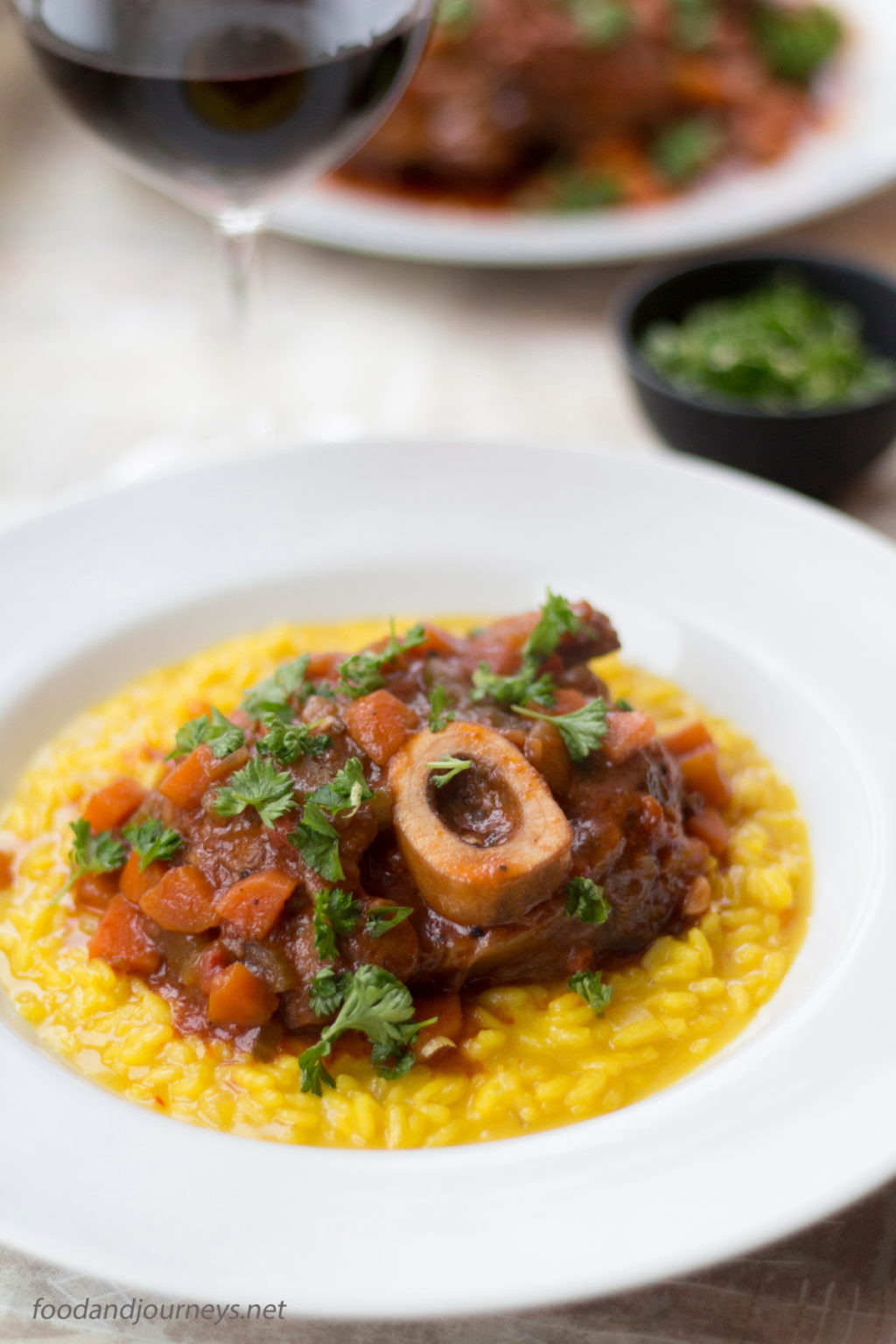 When cooked properly, the meat just falls off the bone, and it feels as if it’s melting in your mouth. The subtle hint of saffron coming from the risotto adds to the complexity of every bite. Once you finish this dish though, you might decide to skip dessert (or NOT!).

I have tried using oxtail a couple of times instead of veal shanks, and it was still a good substitute.  If you don’t want to have Risotto alla Milanese with it, plain bread would be great as well.  It’s even better for cleaning up the plate ;-).  Hey, I do this too! (Even if I am already having risotto with ossobuco :-))

IF YOU’RE LOOKING FOR MORE STEW RECIPES, CHECK OUT MY STEWS COLLECTION! 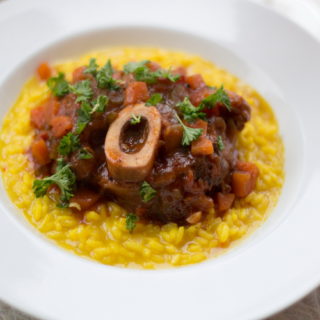